WE CAN REBUILD HIM, WE HAVE THE TECHNOLOGY…

I am a digital native. I am called that simply because I came to be in the right time, in the right place. With this moniker I was entitled to a world filled with vast amounts of information, all at the tip of my fingers. Man used to depend on their elders for all of the answers that could only have come about with experience, blood and sweat. Now that sage figure has been replaced by the omnipotent technology we call the World Wide Web. I live in a world where sons teach their fathers, where “friendships” are forged without a single word exchanged, a world where everyone is connected to everyone and no one all at once. Simply put, I was plugged into this system and it has shaped my reality ever since I was dubbed a native of this world. 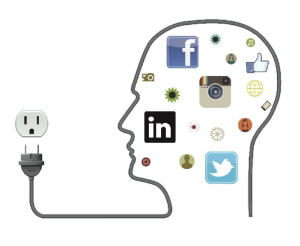 Technology hasn’t always been an integral part of my life. Being born to a middle class Asian family, we never had much to spend on the latest computer or gaming system. By the time I was given my first mobile device, I had just turned 17 and already alienated from the rest of my fellow natives. Having a Razor was a status symbol and just having a phone in general was the only way my age group would communicate to each other. However with time I became part of the social norms, I was finally able to talk using emoji’s or talk about the latest apps that everyone was playing, but most of all I felt connected to society and in doing so I accepted this as a conventional norm.

This technology, this form of communication while convenient has devalued the meaning of messages and in general the idea of delayed gratification. As a tradeoff for access to a vast source of information, the internet and smartphones are no longer seen as standalone items, but rather a part of my identity. On those rare days where I forget to charge my phone or leave it at home, I am confronted with a feeling of dread and my mind quickly glances from place to place in order to sate my need for information. However the feeling subsides and no longer do I feel technologically naked, but rather it can be described as seeing the world outside of this bubble that I chose to be in. People who weren’t connected like my parents didn’t seem to care about knowing everything all the time, but they cared about things like making real and intimate connection with others. They believed in ceremonious gesture and other social artifacts of a forgotten age while I simply chose what was the most convenient.

Understanding that I have been given a great privilege in being a digital native, I try to understand that there are people who are not part of this collective and that their lives are lived in different ways than mine. While I still use the internet and my phone without a second thought, sometimes I get a glimpse of the other side and realize that I don’t want to be stuck in complacency. I realize that even if I’m always plugged in, the least I can do is choose to do it in a way that allows me to see the bigger picture even if it’s sometimes just a phone call.

2 thoughts on “WE CAN REBUILD HIM, WE HAVE THE TECHNOLOGY…”