Is Division Good or Bad?

This is a question that I have been asking myself for a while now. Everywhere you look there is division, and by division, I mean difference. Whether it be racial or sexual, cultural or economical, we are all physically and circumstantially different from one another. We all come from different backgrounds and upbringings, shaping our characters in uniquely different ways. There exists inequality everywhere, but why does inequality carry with it such a negative connotation? Inequality is a part of life, and it is something that I have been aware of from when I was very young. I firmly believe that inequality in and of itself is neither good nor bad. Being a second-generation college student, I was raised to value hard work and remain determined, understanding that nothing is just given to me, and that I will get out of life what I put into it. My dad, being first generation college, worked many jobs to put himself through school, and studied very hard. His father stressed education as the key to success, and in valuing his education, my dad was able to put himself through college and then eventually medical school. Both my father and grandfather have fervently stressed that the world doesn’t owe me anything, and that I must work for what I want. Much of what I have I have worked very hard for, for the reason that my dad wanted to instill a sense of appreciation and gratification in me. I have seen my father, first hand, through hard work and determination, break out of poverty and create a rather comfortable lifestyle for himself and his family. If there was something that I wanted, I worked for it. In holding this attitude and way of thinking as a critical component in my approach to most everything in life, this leaves me with a view of society different from most, both politically and socially. With regard to societal divides, specifically an economic divide, I viewed as being the product and result of one’s work and determination. If my dad, along with many other people, were able to permeate the economic divide, then anyone who wants to should be able to, right? It is with this attitude that I initially approached the digital divide, but before I knew it, I would be sorely mistaken.

I hate to admit it, but when first introduced to the digital divide, I was very narrow minded and ignorant. When the digital divide was explained initially in a very general sense as being the divide between those with internet access and those without, my mindset was very simplistic, and almost unsympathetic. I thought to myself, “Well, if you want internet and don’t have it, then get a job and pay for it, like everyone else.” I now cringe at the ignorance in that thought. This class has been very informative, but more importantly, transformative, in how I view the gaps and divides that stratify society on all levels.

One of the most critical aspects concerning the digital divide is something that I, along with most others in this class and across this university have not given much thought to. That being the ability to access internet. Our generation is a very unique one in that we grew up on the cusp of the tech bubble, meaning that as technology advanced, we were as well. It was as if we were equally paced with the progress being made in the digital world. As I grew older, and the Internet more prevalent, my visits to libraries rapidly declined. I think that I can speak for many of us in this class, on a general level, when I say that we are very privileged in that we literally have the internet at our fingertips. There is a seemingly infinite amount of information accessible to us, and we can be reading about any subject in a matter of seconds. 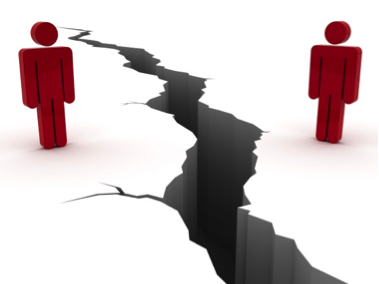 Though we have studied the digital divide on three different levels in the three different units, what really hit me hard was our focus and study on the digital divide in America. It is not surprising that there exists a global digital divide given that the countries around the world vary greatly in advancement; but when looking closely at the digital divide right here in America, a country most of us consider to be greatly advanced, it was rather shocking and eye-opening when realizing the devastating impacts that the digital divide has on those who do not have access to internet. Being privileged enough to have continuous access to the internet, I have been living in a digital bubble, with no perspective on life outside of this technological bubble. This did not become more apparent to me until I realized that my educational experience would be impossible without the Internet. Everything is on the internet now. College applications, job applications, news and media outlets, etc. Because the internet has literally created its own digital and technological world, those without access are left out and live at a huge disadvantage when trying to keep up in the wake of societal advancement and progress.

This class is one of the few classes that I have taken at the University of Texas that has had a meaningful and lasting impact on my view of the world. It has opened my mind and introduced me to a problem that otherwise, I would have most likely never seen. I have, along with others, been so consumed and caught up in this digital bubble, that I have never, until taking this class, given any consideration to the impact and quality of life for those without access to Internet. I can confidently say, that division, when regarding the digital and technological world, is definitely not a good thing. This class has been most transformative to my current view of the world and social divisions, and has opened my mind in a way that wouldn’t have been opened any other way.

3 thoughts on “Is Division Good or Bad?”